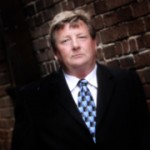 Jim started his career with Arkansas Bankers Life in March of 1990. Prior to that, Jim worked for Mon-Ark Boat Company as Director of Government Compliance and Plant Manager. Jim is married to Angie Ryburn Barron and resides in Monticello Arkansas. He currently serves Arkansas Bankers Life as President and a member of the Board of Directors. 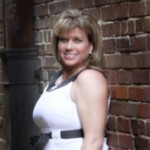 Angie Barron, CEO and Chairman of the Board

Angie is the daughter of Judy McKenney Ryburn and Bennie Ryburn, Jr. and was born and raised in Monticello, Arkansas. After graduation from Monticello High School in 1983, she attended the University of Arkansas at Monticello. For over ten years she worked in family-owned businesses: Commercial Bank & Trust and Ryburn Motor Company. In 1987 she married James Robert Barron, Jr. From 1995 until 2008 Angie was a stay-at-home Mom to their two daughters, Anna Blace and Morrison JayAnn Barron. Angie is an avid tennis player and also works part-time at a local florist. She plans to earn her Master Florist Degree from the Arkansas Floral Association. 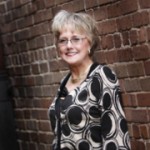 Evelyn started her career with Arkansas Bankers Life in September of 1982 after working 12 years at a local high school & a year buying oil & gas leases in Louisiana and Arkansas. Presently she serves the Company as Office Manager, Secretary and Treasurer. Her responsibilitis include overseeing claims processing, writing checks as well as handling most all financial aspects of the Company. She assists in preparing Quarterly and Annual Reports for the Arkansas Insurance Department. She has numerous hours of Continuing Education in the Insurance industry. Since 1988 she has served on the Board of Directors of the Company, Arkansas Bankers Life Corporation and Arkansas Bankers Life Corporation Agency and is a member of the Investment Committee.

Evelyn is married to Dr. Bobby Pinkner, who recently retired from his private practice of Optometry. They enjoy traveling all over the world, especially on a cruise ship. She has served as an officer of the Texarkana Elks Auxiliary for most of twenty years. 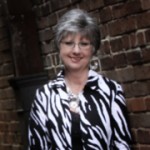 In 2001 Rita joined the Arkansas Bankers Life team as office assistant and began the second career of her life. Born and raised in California, Rita spent her young adult life living in Washington, Virginia, Oklahoma and Alaska before settling in Texarkana TX in December of 1974. It was not until 2008 that Rita moved across the state line to become a true Arkansan. Prior to coming to Arkansas Bankers Life, Rita spent 26 years with the United States Postal Service, the last 13 years of that time she was a Postmaster. Rita shares her life with Michael, her husband of more than 34 years. Rita’s sons, Charlie and Matt, are both registered nurses. Charlie and his family now call Eagle Lake Alaska home and Matt resides in Texarkana with his better half and teenage children. Rita has seven grandchildren, ranging in age from 15 to 21 years old.

In her free time, Rita volunteers as a CASA, Court Appointed Special Advocate, for children in the foster care system in Miller County AR. Rita and Michael are also active in their church, City Church Texarkana.

Rita has become the ‘Jack of all Trades’ at the ABL office, handling everything from policy acceptance to claims payment and receivables. If she can’t help you with what you need when you call, she will find someone that will. 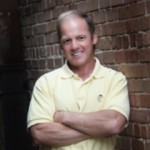 Stanhope Wilkinson has been the chief executive officer at Farmers Bank since1994, but his employment at the bank dates back to his boyhood. Stanhope started in the maintenance department, worked into a teller position, then was promoted to bookkeeper.

Through the years he has worked his way up the corporate ladder, serving as vice president, president and now CEO. He uses his vast experience to lead business development, marketing, public relations and collections for Farmers Bank.

Stanhope was graduated from Greenwood High School in 1976, studied at the University of Arkansas in Fayetteville where he attained a Bachelor of Science in Business Administration in 1980. He went on to sharpen his banking skills at the Southwestern Graduate School of Banking at Southern Methodist University, graduating in 1984.

Stanhope is extremely involved in his lifelong community of Greenwood. He is a member of the Lion’s Club, Greenwood High School Booster Club and the Greenwood Masonic Lodge. He is an active member of the Greenwood Volunteer Fire Department and has also
served as past president of the Greenwood Chamber of Commerce. He and his family attend Central Presbyterian Church in Fort Smith, where he serves as an Elder.

Stanhope enjoys spending time with his family, running, and still works in time to play a round or two of golf when the weather permits. 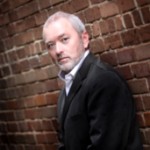 Lewis Mathews began developing F&I departments for Arkansas dealers in 1984, and formed Arkansas F&I in 1991. Arkansas F&I has represented the nation’s leading service contract, CNA National, for over 20 years. Lewis has become the local industry expert in the area of F&I income development.

Not only does he serve as a board member of Arkansas Bankers Life, but he serves as the Finance chairman and songleader of Bismarck United Methodist Church. Lewis also raises and races thoroughbred racehorses. 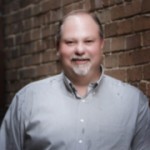 Robert joined ABL Board in March of 2010.  He is the General Manager of Hagan’s Dodge-Chrysler-Jeep Motors in Morrilton, AR. He has been with Hagan’s for over twenty years and was the Finance Manager before being promoted to General Manager.  He earned an Associate of Applied Science Degree in Computer Programming from the University of Arkansas in Little Rock – College of Technology.  He is married and has a young child.